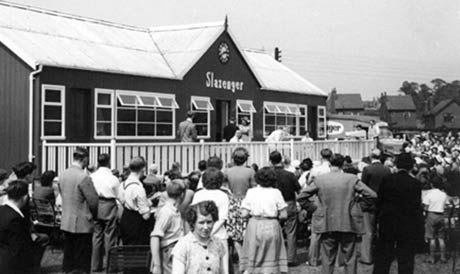 The club can trace its roots back to its time as a destination for the workers of Slazenger Sports Company based at Horbury Bridge. Since its original founding, the parent company has come and gone from the area, but the name is retained in the independent club.

The Sykes Sports Goods Factory (which merged with Slazenger in the 1940’s) had a wealth of sports teams, though were based in Horbury Bridge. As the company developed and the factory grew, a larger facility was required to serve the employees.

The site was chosen as it was close to the factory, and allowed a wide range of sports to be hosted. It was once the home of the Horbury Fever Isolation Hospital, but was bought from Horbury Council in the late 1940’s. 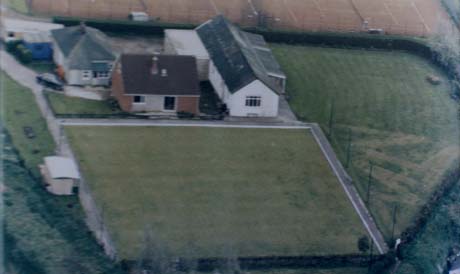 The ground itself was used for a time without a permanent clubhouse. However, this was fixed in 1950, when the ground was officially opened by Mrs Slazenger. An exhibition tennis game was performed by Fred Perry and Dan Maskill on the new red shale courts. The facilities included a football pitch, a cricket pitch, two hockey pitches, a bowling green and a Club House with bar. In the 50’s, 60’s and 70’s, the club developed as a home for all factory sports teams. Sports teams existed for all sports the team manufactured goods for, with Hockey, Cricket, Football, Tennis and Bowls teams competing.

The club has been independent since the mid 1980’s, after manufacturing at the Horbury Bridge site concluded. Since then, it has grown to service the community. In March 1983, the site fitted 18ft high floodlights for the bowls green, allowing play in low light conditions. In June, the following year, the Cricket pavilion was extended to add shower facilities, with a further extension being added in September 1987.

Around the same time, the Sports club opened a third grass field hockey pitch, opened with an inaugrial match between the Slazenger mens 1st XI and a Yorkshire invitational XI, with the visitors coming out on top. 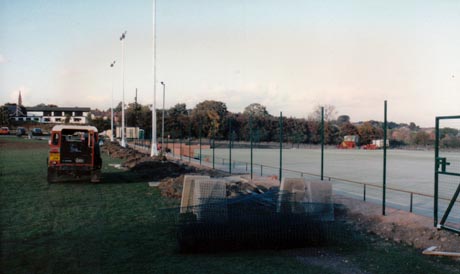 The largest developments at the club occurred in the mid 1990’s. In January 1994 planning permission was granted to install a flood-lit all weather playing surface on the existing grass hockey fields. Work was completed the following year, with the installation of a high quality sand filled pitch. In 1997, the club changed further as the red shale surfaced tennis courts were replaced with a state-of-the-art acyclic surface; unique in the Wakefield District.

Additionally, new shower and changing facilities, as well as car parking were constructed to serve the new pitch and courts. In the most recent years, the cricket pavilion was destroyed in an arson attack, with the replacement being completed in 2013

In 2014, the club continued to redevelop, with the completion of resurfacing of its synthetic turft pitch and lighting, and the addition of the Junior section to Horbury Town Football Club.